Largest Data Breaches in the Past Decade 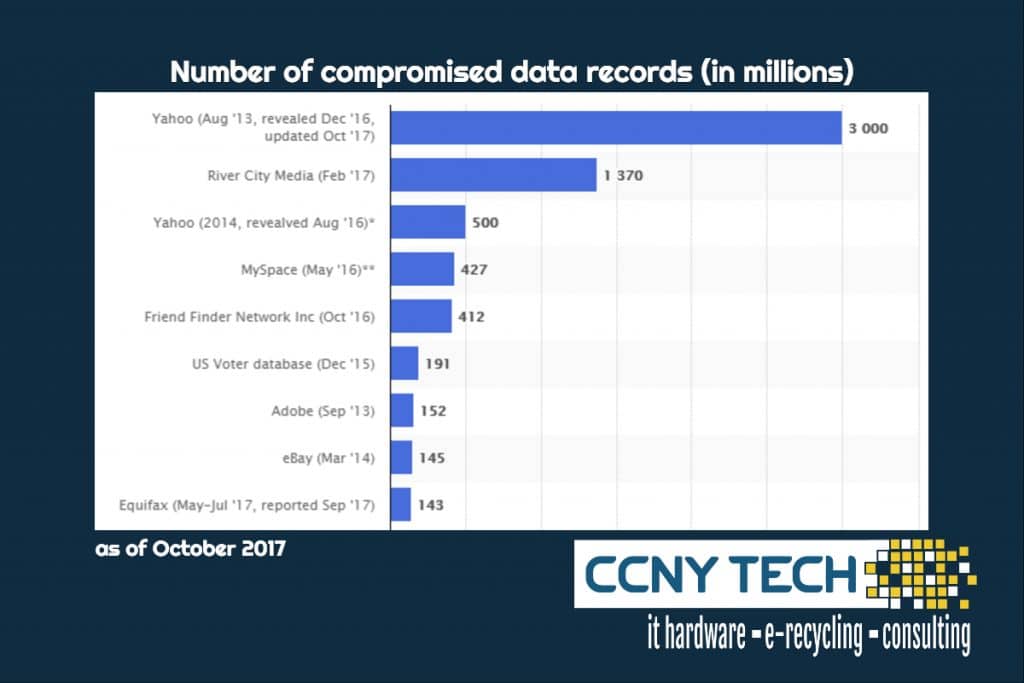 Data breaches have become fairly common in the last decade or so. See the biggest online data breaches worldwide as of October 2017, ranked by number of records stolen. In October 2017, Yahoo, Inc revealed that 3 billion accounts had been affected, making it the largest data breach in history. In 2011, Sony’s PlayStation Network and Qriocity music service were attacked by hacking collective Lulzsec. The PSN was offline for more than 43 days and 77 million data records were stolen. CCNY Tech can help you be proactive with your network security and monitoring. Call us at 315-724-2209 or visit ccnytech.com.