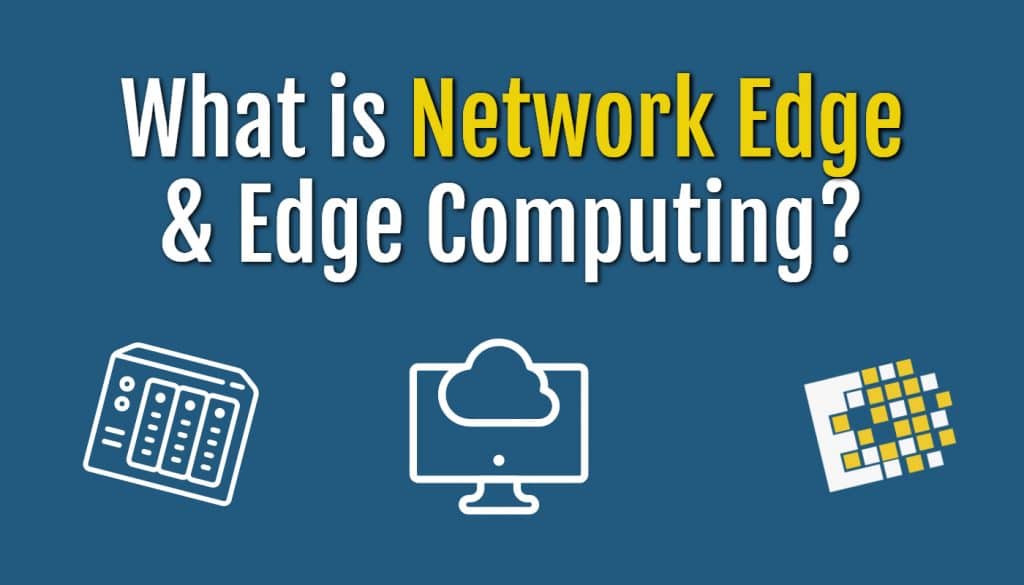 What is the network edge and how is it different from edge computing?

The network edge, also known as the WAN edge. Edge computing is a modern take on data center and cloud computing architectures to help create efficiencies.

In a nutshell, network edge is where an enterprise network connects to third-party network services.

Today, applications and data are housed in one or more data processing locations (either in private data centers or public clouds). These data centers are often geographically far from the end user. This distance between the user and the apps, data and services they interact with can create inefficiencies from a Bandwidth and Throughput.

Edge computing seeks to alleviate these inefficiencies by moving applications and data closer to the user. This is accomplished by decentralizing traditional data centers and locating them physically closer to end users, thus placing data and apps closer to the end-user edge.

What is the network edge?
The point at which the enterprise-owned network connects to a third-party network is known as the network edge.
The network edge, on the other hand, is one or more boundaries within a network that designate who controls the underlying network infrastructure equipment. For example, an enterprise network usually consists of a corporate wired LAN, a wireless LAN, and one or more private data centers. Each of these network segments is owned and managed by the corporate IT department.

The point at which the enterprise-owned network connects to a third-party network is known as the network edge. Thus, you’ll often hear network administrators talk about their WAN edge or internet edge.

Security Dilemma
You’re connecting your equipment to someone else’s. In these cases, added network edge security is required to prevent malicious activity from the foreign network moving into yours.

Many tools are available to protect the network edge. The most common choice today is a traditional network-based firewall. A firewall is a great first line of defense to permit or deny traffic based on IP address and protocol or port number.

Getting more granular, you can implement an intrusion prevention system to monitor traffic to see if any known malicious signatures are matched. If a packet is found to contain a malicious signature, it is stopped and blocked from entering the secure side of your network.

Companies investigating possible edge computing applications shouldn’t assume they can simply select an option off the shelf. The wide variety of applications means no single network architecture exists for the edge. Each network must be designed to meet the specific requirements of an application.

Is Edge Computing New?
Edge computing is not new — branch office servers have been executing applications for years. But much of the recent interest in edge computing has stemmed from the growth of IoT. Hundreds of IoT device types have been developed, ranging from simple devices that periodically report temperature to sophisticated machine tools.

As IoT (Internet of Things) growth and application processing requirements influence the future of edge computing, it’s also useful to compare edge computing with cloud computing. While each option has its advantages, the ultimate decision filters down to organization requirements and customization.

Edge computing will undoubtedly continue to increase as new types of IoT devices develop. It could also prove to be a viable alternative or complement cloud computing, especially for applications that require fast response times. The technology grow and make edge computing easier and less expensive than acquiring components and assembling them at remote sites.

CCNY Tech offers small businesses in Upstate New York ways to be proactive with their security measures, while being on-call to handle technical issues that come up. Contact a specialist at 315-724-2209 and ask about the exclusive TechAgent program that has been built around helping SMBs to increase uptime, while staying within budget.