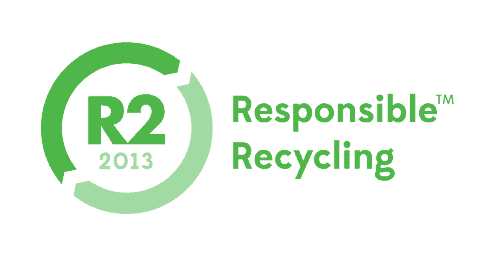 What is the R2 Standard?

The Responsible Recycling (R2) Standard provides a set of processes, safety measures and documentation requirements for businesses that repair and recycle used electronics.

The R2 Standard provides a set of criteria to recognize responsible reuse and recycling practices, all along the used portion of the electronics lifecycle.

R2 Certification is the formal program for evaluating and monitoring businesses in meeting the R2 Standard, protecting of the environment, the health and safety of workers, and communities, and positively impacting the movement toward a sustainable circular economy while enriching the lives of people all around the world.

WHAT IS R2 CERTIFICATION?

The R2 Standard has a set of criteria to recognize responsible reuse and recycling practices. R2 Certification is a formal program for evaluating and monitoring businesses in meeting the R2 Standard, protecting the environment, the health and safety of workers, and communities, and positively impacting the movement toward a sustainable circular economy while enriching the lives of people all around the world.

WHAT IS R2’S ORIGIN?

In 2005, the US Environmental Protection Agency convened a multi-stakeholder process to create a voluntary, market-based mechanism for promoting best practices in electronics recycling.
The first version of the R2 Standards was created from the process of Responsible Recycling practices for Use in Accredited Certifications Programs.

The Standards Development Organization for the R2 Standard is accredited by the American National Standards Institute.
Entities covered by the standard, customers of these entities, regulatory agencies/public interest groups, and others involved in implementation of the certification program are included in the R2 Consensus Body. The R2v3 was developed with the assistance of the broader R2 Technical Advisory Committee.

WHAT WAS THE PROCESS FOR DEVELOPING R2v3?

The process of changing from R2:2013 to R2v3 has been a collaborative one between the Consensus Body, the electronics industry, and the general public.

The established process for revisiting and updating the R2 Standard is as follows: The TAC discusses, identifies, and proposes revisions to the R2 standard based on changes in the marketplace, learning over time, and industry feedback. The proposed revisions are organized into a new version of the Standard by the Consensus Body. The proposals are given to the public for comment.

After the public comment period is over, the Consensus Body responds to comments and makes changes to the proposed revisions.

The public comment process is repeated if changes are made. There were two rounds of public comment and revision in the case of R2v3. The final draft standard is submitted to the SERI Board for adoption after the Consensus Body votes to approve it.

If the proposed version is adopted by the SERI Board, it will be submitted to the American National Standards Institute for approval.

WHEN DOES R2v3 GO INTO EFFECT?

R2v3 will be ready for certification in late 2020. Facilities will transition to the new version as their R2:2013 Certificates expire over a 3 year period.

R2:2013 will continue to be valid through the transition period until it finally sunsets on July 1, 2023.

WHAT IS THE CODE OF PRACTICES?

If You Need an R2 Certified Partner?

You have come to the RIGHT place.