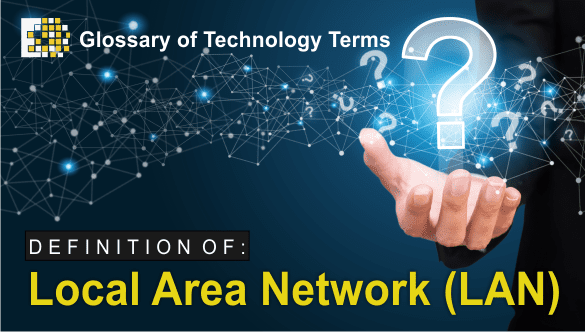 A local area network (LAN) is a group of computers and peripheral devices that share a common communications line or wireless link to a server within a distinct geographic area. A local area network may serve as few as two or three users in a home-office or several hundred users in a corporation’s central office. Homeowners and information technology (IT) administrators set up LANs so that network nodes can share resources such as printers or network storage.

LAN networking requires cables, switches, routers and other components that let users connect to internal servers, websites and other LANs that belong to the same wide area network (WAN). Ethernet and Wi-Fi are the two primary ways to enable LAN connections. Ethernet is a specification that enables computers to communicate with each other. Wi-Fi uses radio waves to connect computers to the LAN.

Operating systems such as Microsoft Windows and Apple OS X have networking capabilities incorporated into them. This means that as long as the network administrator has a relatively up-to-date laptop or desktop PC, it is fairly straightforward to network machines together.

To set up a wireless network, the administrator will need a wireless router linked to a broadband connection and an Ethernet cable that links the router to the main PC or server. This will then allow other computing devices which already have wireless networking equipment integrated or attached to them, to pick up wireless signals and join the local area network.
LAN security

Once the basic network has been set up, it must be secured. This can be done through security settings in the router, the use of strong passwords and frequent software updates. Hardware-based security such as fingerprint recognition, security tokens and full disk encryption can also be used to enhance network security. Additional security software for protecting and maintaining the network perimeter can be installed locally or purchased through a Software-as-a-Service (SaaS) delivery model.

CCNY Tech is a technology company location in Utica, New York that focuses on the whole lifecycle of information technology. From new or used hardware to service and end-of-life electronic recycling, CCNY Tech is here for your business or organization. We support you on your entire IT journey and act as a true partner in keeping you productive and increasing uptime, while reducing employee frustrations. Give CCNY Tech a call at 1-800-566-4786 for the right IT solution for your organization.